Growing speciality electronics custom manfacturing firm in Montgomery County has a full time opening for an egar and agressive individual who wants go grow along with the company. The candidate should have the following: Education: Degree in Computer Science or Engineering preferred

NO SUBCONTRACT REQUIREMENT:
No third-party applicants will be considered. If you are a third party contracting company, please do not respond to this position. 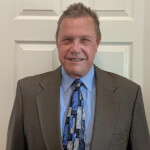 Mr. John Vagnoni joined Contract Professionals, Inc. in September of 2018. John brings over 30 years of technical staffing experience to CPI, beginning his career at Tech Aid as a recruiter. John was quickly promoted to Tech Aid Account Manager, Branch Manager and eventually the Vice President of their Mid-Atlantic region.

Throughout his career, John has been active in several non profit organizations. He served as the Chapter President for the local National Technical Services Association and he was the co-chair of the local Ronald McDonald NTSA Golf Outing, which generated over $50,000 for the local Ronald McDonald House in Philadelphia.  He is also active in other organizations for youth and college sports; coaching ice hockey for local high schools and acting as the Assistant Coach for Lafayette College.

John lives in Collegeville, PA with his wife and three children and two very large German shepherds.  He is a graduate of Villanova University, but he also has a passion for Michigan State, where two of his children went to school.

John likes to play golf and ice hockey during his spare time and he is a huge Flyers and Boston Bruins fan.

There are currently no related jobs. Please search again.
Loading...